Hi folks,
question, is there any good core xy printer around $500 in form of pre-built or DIY kit we could buy? other than traditional printers like Sapphire plus (SP-5) or Tronxy? and obviously something better than those 2 ? no matter what I do I can’t find any other than VzBot which seems to be Tronxy X5SA upgrade rather than printer built from scratch (nothing wrong with that) but I’m not fan of z lead screws
thanks for your info…

Ender 6 or Sapphire Plus. There are no other good alternatives.

hmmm, I thought so, anyone interested in something decent in that price range?

Many core-XY use Z lead screws. Voron 0.1, Voron Trident, Rat Rig to name a few. Only one not using z axis lead screws I know is the Voron 2.4.

sorry, I meant those rods with bearings instead of linear rails like in case of many cheaper brands using (Tronxy, Creality, etc)

BOM is nearly ready and I’m at $590 without custom made parts like panels etc, not feasible as it might eat big portion of my free time with no guarantee for success, was browsing web looking for motor and idlers mount and came across BVL MGN, nice project with decent quality and look, then I checked prices and here we are ~$500 for lite kit or ~$700 for full kit with duet board out of EU warehouses so final prices
Lite kit
Duty free Affordable BLV MGN Cube 3d Printer Lite Kit SKR V1.3 Board TMC2209 Drivers Hiwin MGN12H Linear Rails|3D Printer Parts & Accessories| - AliExpress
full kit
FYSETC BLV MGN Cube 3d Printer Full kit No including Printed Parts 365mm Z axis Height Blv 3d Printer Kit|3D Printers| - AliExpress 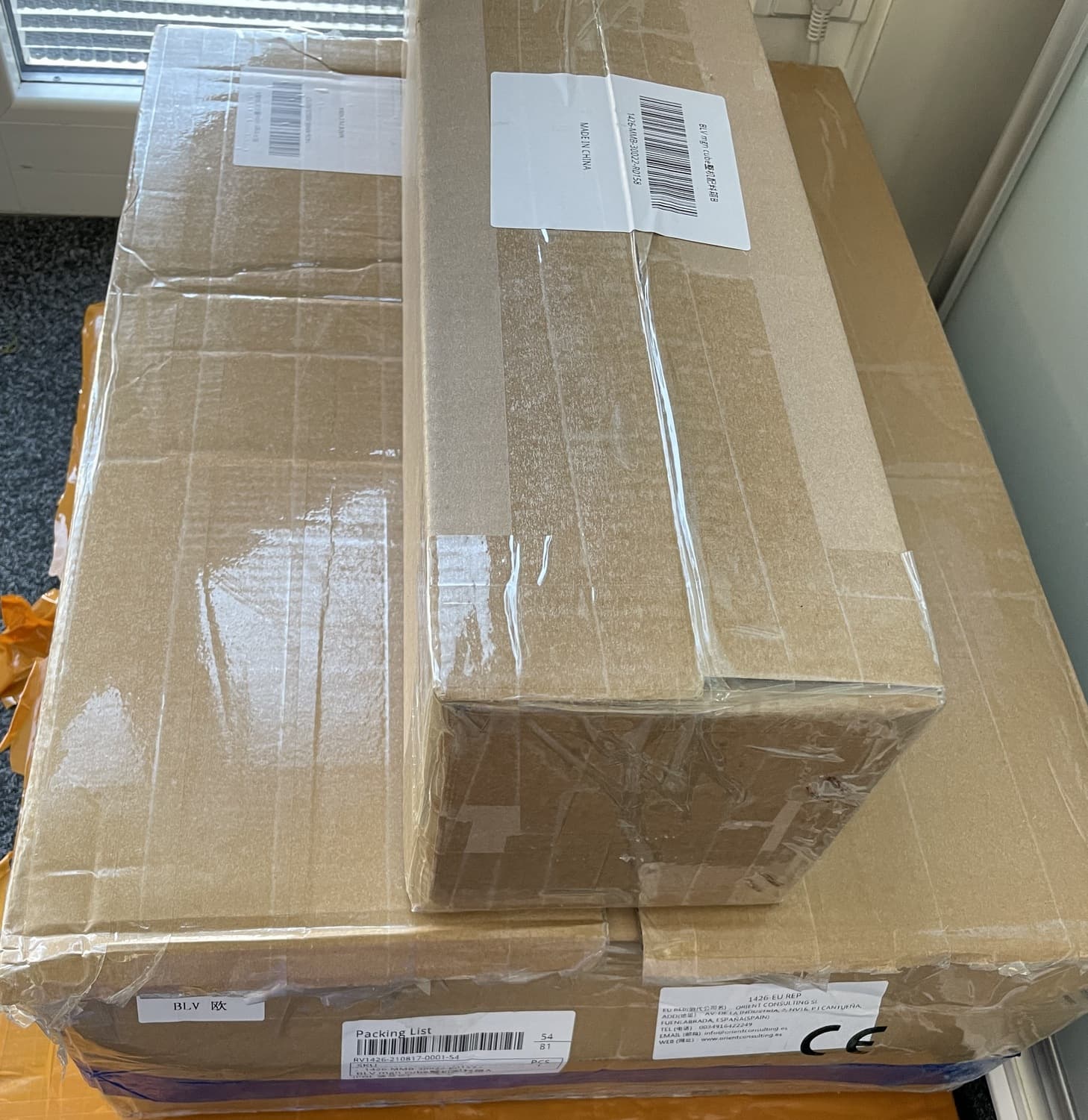 What kid did you get?

the $700 kit, didn’t wanna source all those panels and better electronics myself, at the end I would pay similar money, spent more time and troubleshoot more things at the same time

will open up new thread once all the extra parts arrive

Bro that box is in plain site! Hide it before the wife gets home

, nah too late, she was the one to welcome delivery guy, all sorted but it’ll be expensive

Yeah. I found that the hard way.
It’s much better to purchase a full kit, to avoid the headache and spend more money eventually.

It would be awesome if you would do a quick review/share some pictures of the components included with the kit. I am sure it would be helpful to know what to expect from it.

sure will do as soon as the remaining parts arrive

I found out much of the same. Was trying to decide between blv mgn cube and voron about 6 months ago (ended up getting both). And originally I was going to go with the blv mgn cube becayse of the price and really liked the LEDs on it. Anyway I purchased the frame and then a site on aliexpress had a listing for all ghe metal parts and nuts and bolts. The listing and pictures made it seem like like all the nuts and bolts and all the parts that need go be printed except they were metal. And the price kind of reaffirmed that be sue it was 504 dollars for those parts. Well when the frame and the metal parts aeiived I had less than half the printer. It was only about 20 percent of the parts. Basically the big corner pieces and that’s it. And every other store was selling same metal parts kit between 125 and 160 so when I saw 500 I figured it was everything. Anyway ended up costing me around 800 for the parts and that’s without parts I already had like the duet motherboard and stepper motors. Since then I only get full kit and from One place. The Cube ended up costing me more than the voron kit

are you happy with your blv? yeah, it might become pretty expensive especially if you add potential shipping cost and taxes, I’m glad I waited for deal from local warehouse with free shipping but if I waited 2 wks longer I could get even better deal, March-28 is Aliexpress 12th year anniversary with special deals including this printer

To answer the initial question, because this has been brought up again on the discord :
I would very highly recommend the Tronxy x5sa. Not the pro version (as it uses special and bad rails), and not older second hand units.
The newer units (post 2019) have actually seen all issues reported by users fixed, they don’t even have the acrylic motor mounts anymore as those have been replaced by milled aluminium ones.
The chitu firmware has been replaced by marlin, and it is still possible to upgrade to Klipper.

Honestly, for the price, you cannot beat it for a 330x330x400 (or 400x400x500) corexy machine that just works out of the box after assembly. Although the 400 version will require mods to be efficient as the bed heating is way too slow otherwise, and the bowden tube (which is already a tad too long on the 330 version) will be a pain.
Its only downside is being a pain to enclose.

yup, I was looking at it initially but decided for BLV instead for already mentioned lack of linear rails, now with VZbot upgrades this might be great option but then we are in BLV price category without any advantages