Thermal Failure of Fixture to use BMG Wind on Sidewinder X1

I followed the excellent guide as inspiration for installing the BMG Wind on the X1.

The bracket was printed in PETG at 230C on my Prusa Mini; I went with PETG for better thermal characteristics (softening around 80-85C). I put something like ~7 perimeters with 35% infill to make it strong; in fact, the lip that holds the extruder is basically solid. No further treatment was applied.

Everything looked great at this point, but I wanted to switch to PETG since it has virtually no PM10 and PM2.5 particulate

Here was my problem; I came back in the morning to start my functional print, and within 10 min found that the Nozzle crashed into the Bed and was dragging- the Filament was barely extruding. I cut power, and instantly saw the extruder didn’t seem level anymore…I took it apart and found the following

Any thought on what is wrong in my set up?

As a new user, I can only upload 1 photo, which doesn’t do this justice. I can’t even do imgur links, but add the HTTP yourself, and see below for the most impactful 1 photo.
imgur DOT com SLASH a SLASH yhKIozy 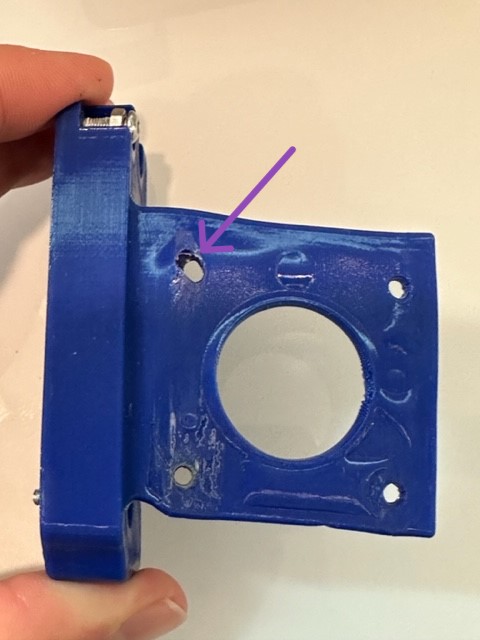 I wonder if the screws were “too tight”, but I did them tight enough to feel secure. Any less would not have made sense to me.

Finally, I did some minor modifications, that I believe have not interfered with the Thermal Failure, but will list for completeness: 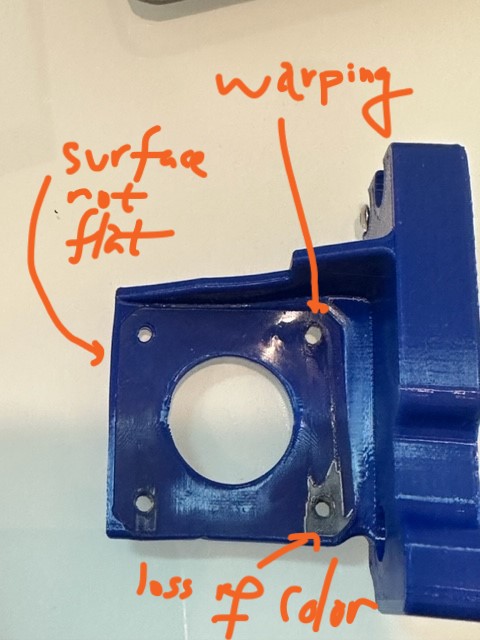 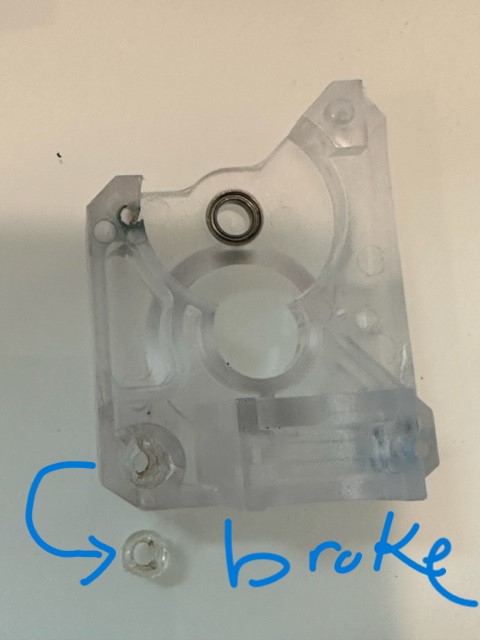 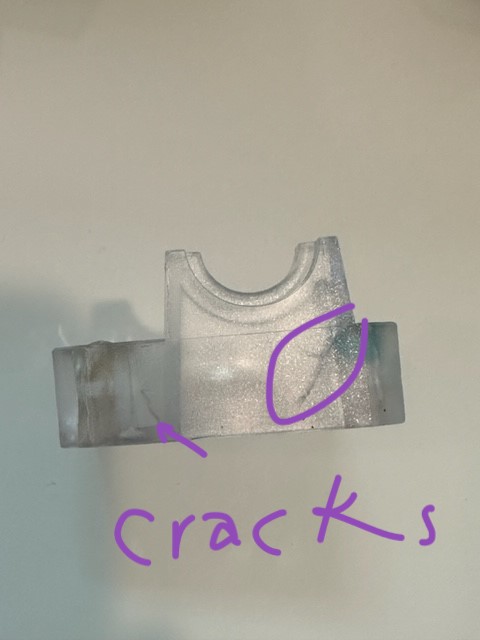 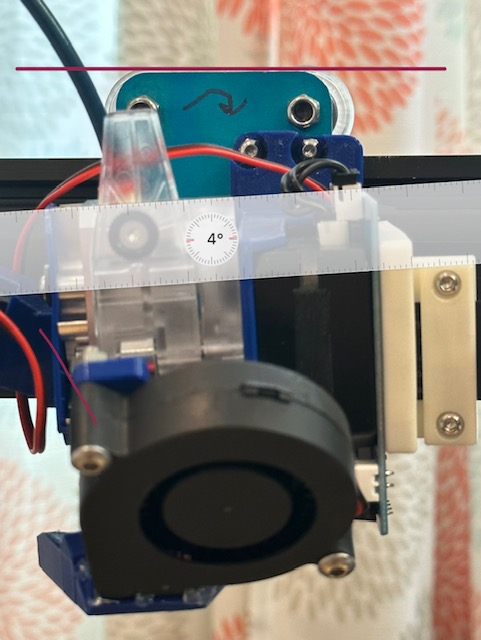 Apologies to the Admin(s) here, but I realized I could get in the images if I replied to myself

I can see the desire to avoid it being flood with non-value added pictures with people who say “HELP” without any work on their part, but I think I don’t fall into that.

Thinking about it, two things come to mind

However, it leaves a BIG question as to how/why the BMG Wind Plastic half cracked. Any thoughts on that one? I can’t crack that one out.

Your problem might be related to the motor overheating. In this case, I would recommend actually fine-tuning the VREF so that it runs a bit cooler and does not damage the printed part.

Adding a 5015 fan to the heatsink is not the smartest solution. A 4010 should work well enough if you use a bi-metal heat break.

Thanks for the feedback; I was re-reading the Thingiverse Comment and noticed the small statement around both Temperature Resistant Filament as well as Vref adjustments. You would think that would be prominently in the forefront.

To be honest I don’t want to do Vref adjustments

Instead, I am going to try to Heat Treat a PLA print of the bracket this weekend

CNC Kitchen’s video shows I’m going to lose on strength whether I go with Plaster or Salt Processing, but it will still be well above the weight of the Extruder Assembly + Force to pull filament…but the ability to gain Temp Resistance to around 170C should eliminate all problems, even if I might have to measure % changes for this particular part

Although somewhat imperfect since NEMA15 references faceplate size, digging through a few data sheets of different NEMA15 steppers shows consistently that max operating temperature is around 80-100C, which should be well below heat treated PLA.

Edit: Also I thought through the failure of the BMG Wind more. I think the BMG Wind cracks likely are a result of the deformation; as the bracket starting sagging outwards on the top, it likely created a stress on the bottom as the extruder was now pressed against the housing…creating cracking. Luckily I have an extra BMG wind to use. It makes sense to me, especially given I’ve printed a duplicate bracket and can really see the differences between the duplicate, and the one that failed thermally.

It has been a while but I’m happy to announce that the problem is solved, though it took a bit more effort.

Heat & Stress was absolutely the problem - the Extruder was heating up around 100C, and my Z on the bed level was too low, causing the nozzle to press into the bed each time I Zeroed all Axes (my Z Offset used to be around +1.5mm). Basically, Heat and the Force caused it to deform to the degree that was observed.

The solution was simpler than I anticipated; print the bracket in PLA, and heat treat at ~105C/235F for one hour, suspended in a packed container of powered salt. The PLA will still crystallize.

Remelting is not required to crystallize the polymer, and TBH, remelting is a huge hassle and is a big mess. Only attempt if you need to fuse layers. I tried it with both Plaster of Paris (an even bigger mess), and powered salt. In the end I kept powered salt - the part didn’t deform at all.
Keep in mind that it takes a while for the part, inside a container of powdered salt, to heat up. With a thermometer embedded inside, it was almost 2 hours just to break 100C; only at that point did the 1 Hour clock begin.