I have been in contact with Two Trees regarding their new TS3 laser for more than a few months now. I got one about a month before it was officially launched, after they confirmed it is the retail unit.

I received the unit in relatively good shape, but after careful inspection, I noticed that some of the endstops were not mounted correctly, and the metallic brackets were bent, not allowing the laser unit to home correctly. 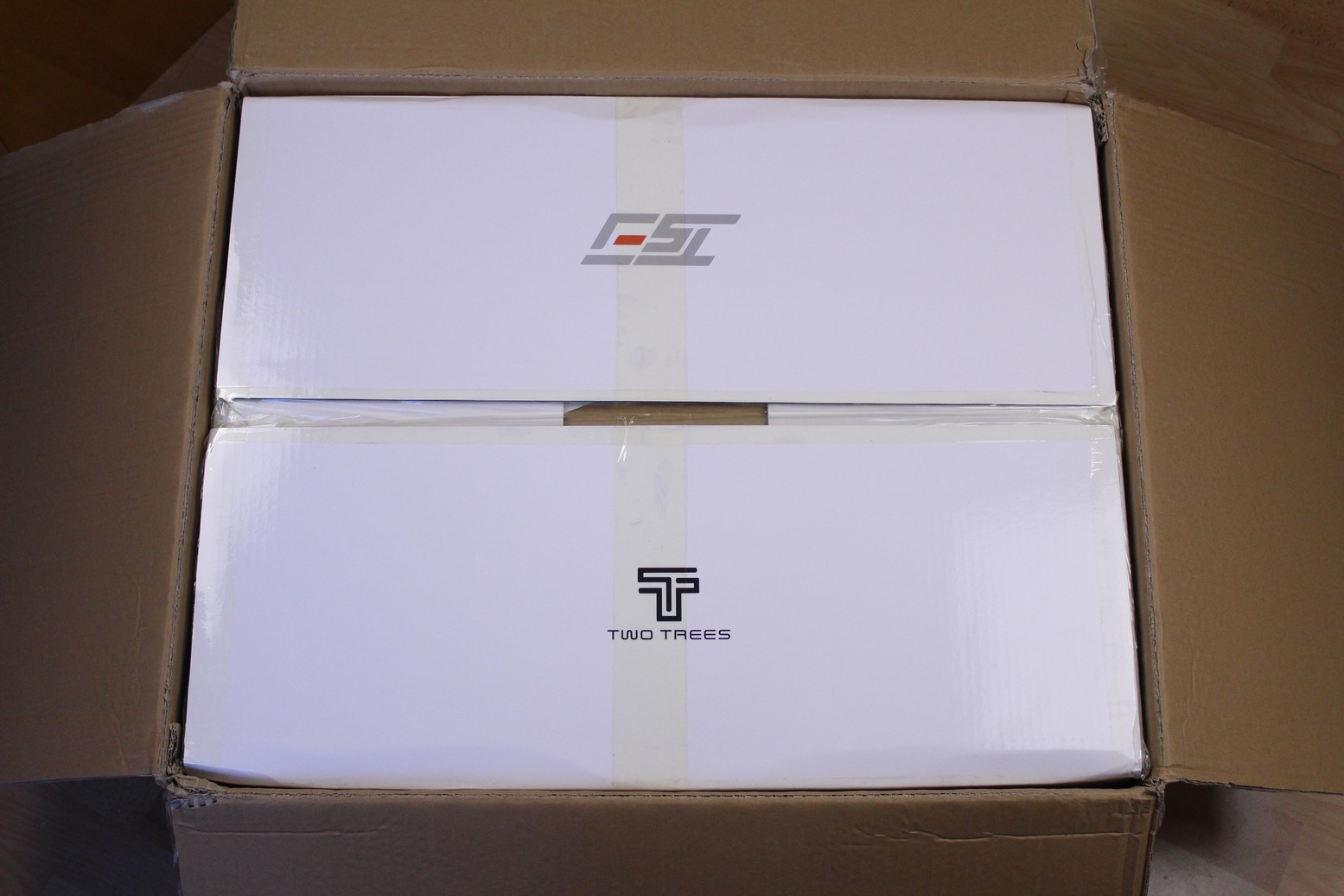 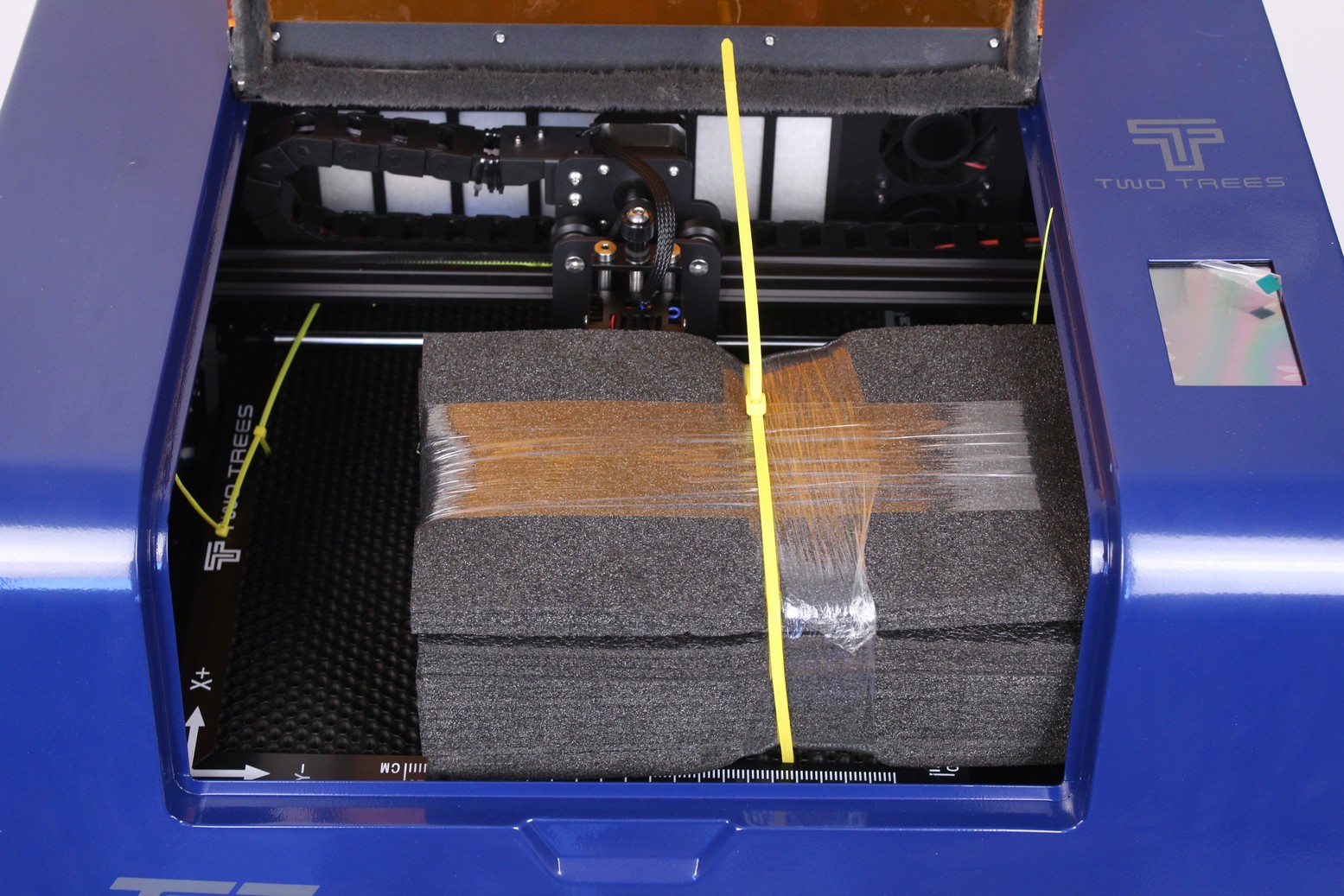 The belt paths were also not correctly aligned, which required me to partially disassemble the unit and align everything. After doing that, I was able to start the machine and actually put it to work. And it seemed to be doing a good job. I even shared a video with how the machine was engraving the test model. 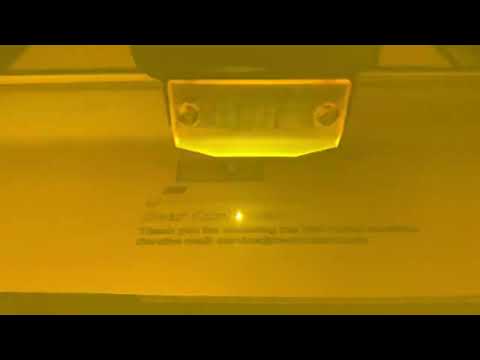 But unfortunately, after doing a few light tests, I discovered that the unit’s safety feature which detects flames did not work correctly.

How did I learn this? Well, a piece of cardboard which I was cutting caught fire, and almost caused a fire to my home. Maybe I’m a bit extreme when saying this, but if I weren’t next to the machine when this happened, something a lot worse might have happened.

Of course, cutting cardboard with different settings is probably a recipe for fire, just like this happened here and I don’t recommend doing this. But It was a test of the safety features of the machines which are not working as intended. And that’s not right. 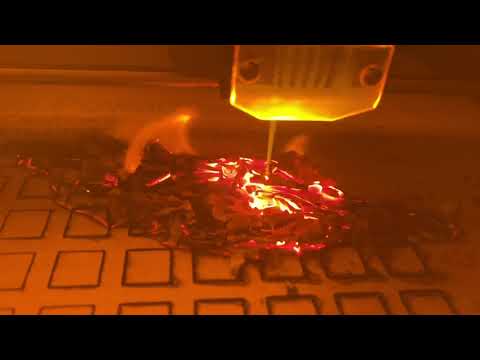 The video above is unlisted, because if someone finds the video and doesn’t read the whole information regarding this, might have other reactions. I think this is the fair way of doing this.

I discussed with Two Trees regarding this issue and after sharing more information, they concluded that the machine is faulty, and I would receive a new one for review. They also shared their apologies for this, and put me in contact with some of their engineers to try and understand this better.

The new machine I received was badly damaged, and I am not sure that it’s the shipping company’s fault. The unit was wrapped in tape, with the top cover cracked and some of the parts damaged. The flame detection sensor came already damaged and bent. It was also packaged face down, with no care or consideration. 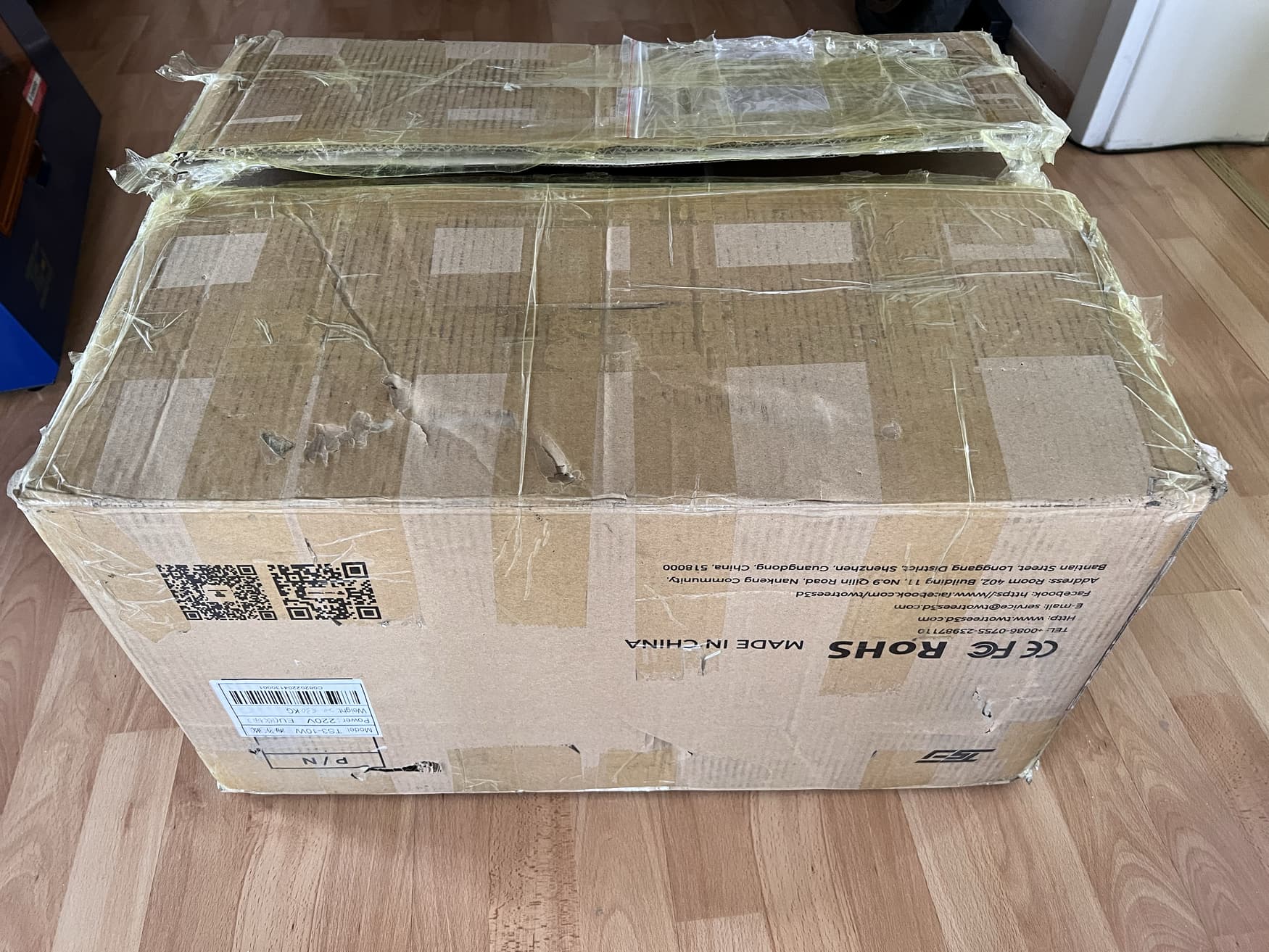 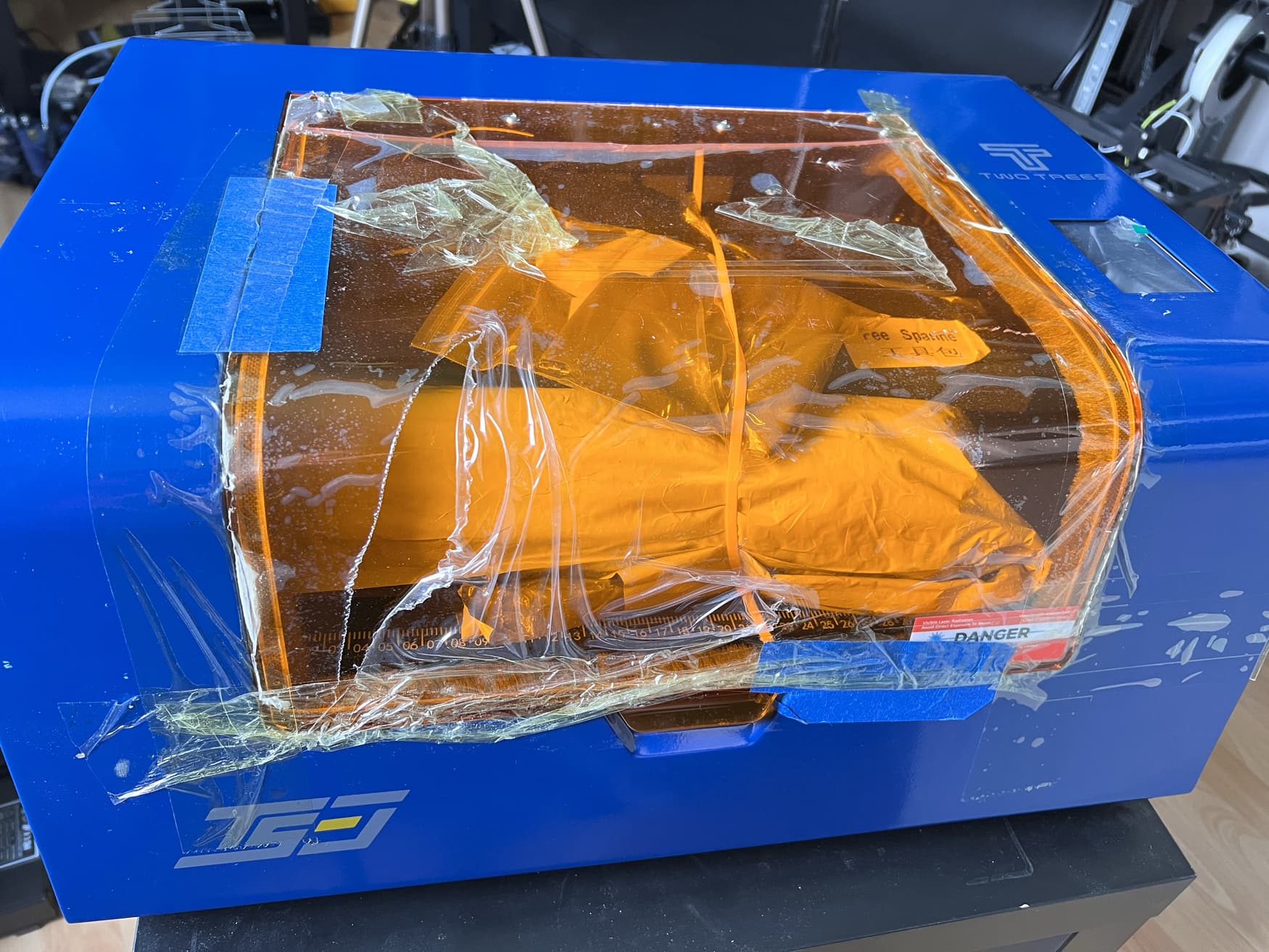 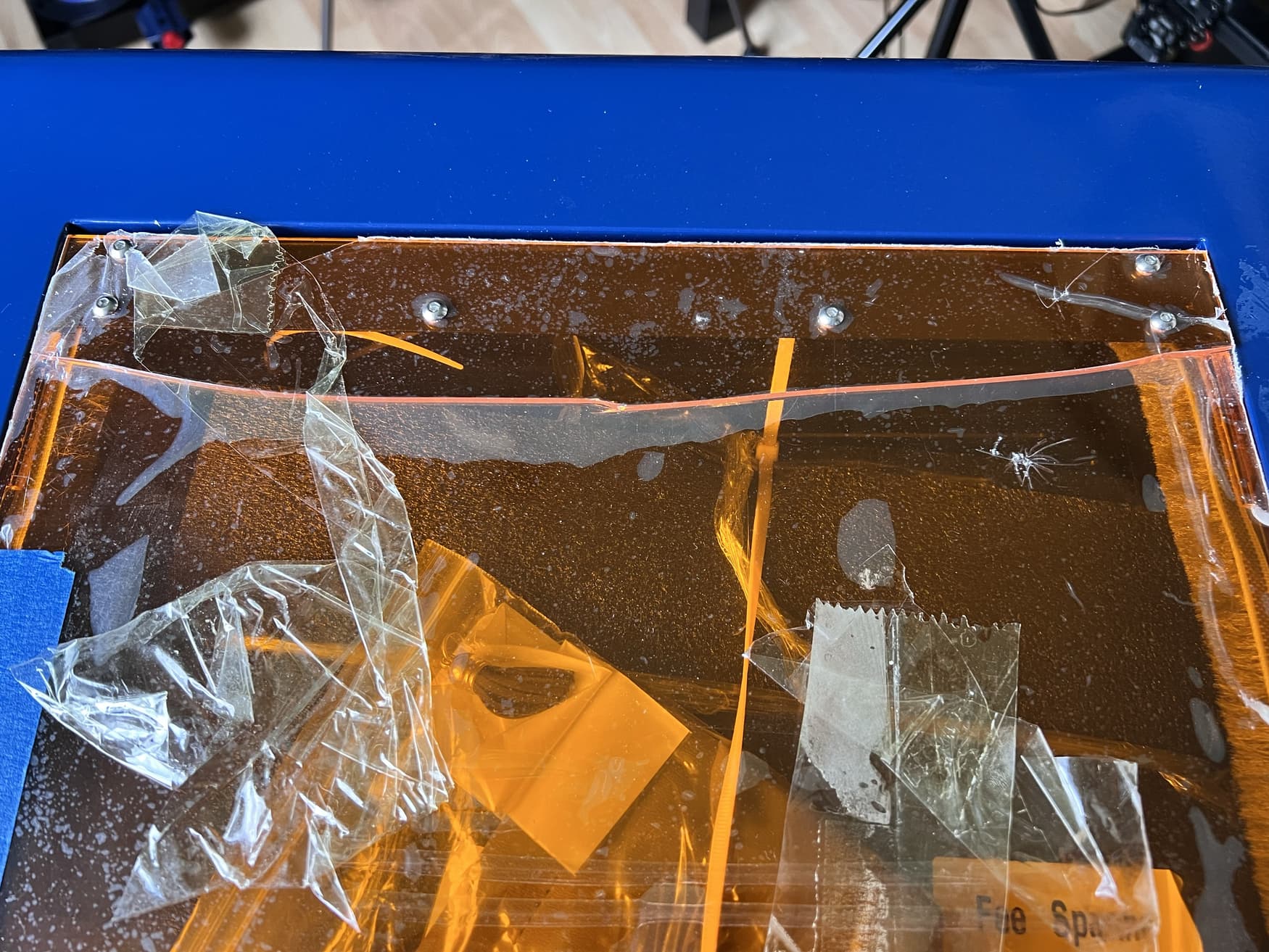 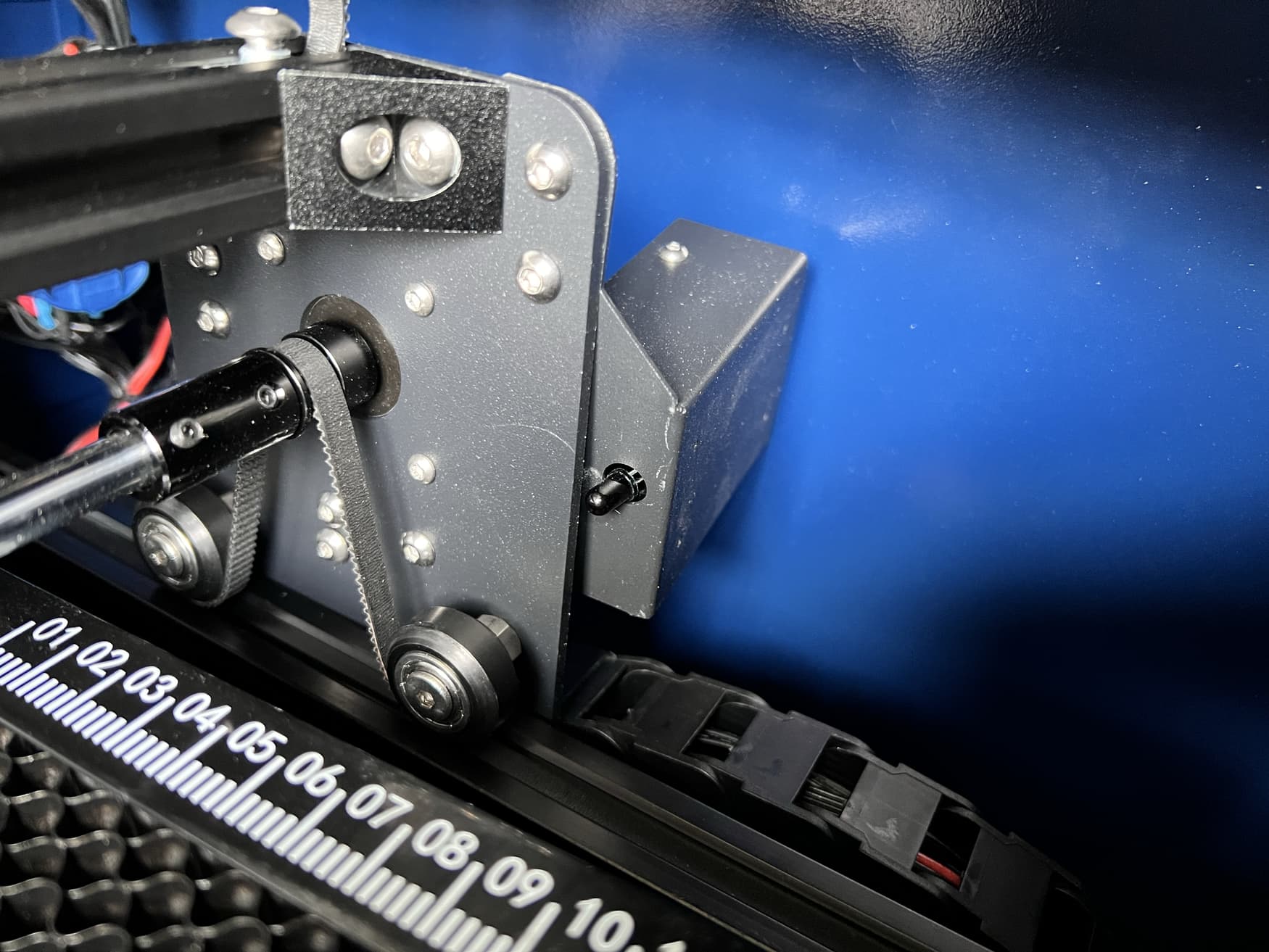 To me, this was the last straw, after already spending quite a lot of time troubleshooting and testing the machine, I let Two Trees know that I won’t be using the machine and I won’t be reviewing the TS3 Laser Engraver, and if they want, they should organize shipping to send them back.

Well, that might have been organized too well because my personal information was shared with some unknown party that seems to be a reseller/service, which randomly contacted me to send the units back and to find a way of packaging the items.

For me, personal information and privacy are really important. Sharing my private information with unknown parties is not something I take lightly. And the whole situation with the TS3 Laser left me with a bad experience with the Two Trees company.

I work with most 3D printing companies, and I was fortunate enough not to have similar issues with them. But Two Trees created a lot of problems for me, which made me waste quite a bit of time and because of that, I decided not to review their products for now.

What I would have expected is for Two Trees to organize the shipment back to their company and put the unit in the hands of an engineer to actually find out what caused the problem. That’s how other companies do it, and that’s probably how the issue should be handled. But it didn’t happen as expected.

I might give them another chance in the future, but right now, I can’t really recommend them as a company, even though some of their products are nice.

Why am I sharing this?

Well, as you probably know, I pride myself with sharing honest and truthful information, however it might be. I can’t post a review of the machine, because I didn’t complete my testing. But I still want others to know what was my experience with the TS3 Laser Engraver from Two Trees, and how it was handled.

I also expect Two Trees to share an official statement regarding my issues, and posting in the forum will allow them to do this, with an official account.

I would also like to share two video reviews from Teaching Tech and Aurora Tech, two channels which I trust. They reviewed the machine and had better results than me. So don’t completely disregard the machine. It might be better over time, if Two Trees actually listens and fixes the issues.
But if you decide to get one, ensure that you get it from a trustworthy shop that has a good return policy if there’s something wrong. 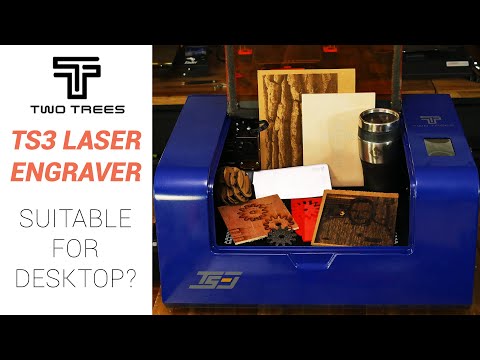 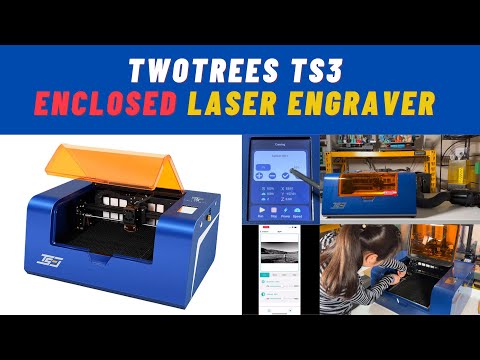 Even thou others had a better experience with the machine. Their service seems abysmal. As a customer I would like to buy a product of somebody that hasput in their time and effort to create something they think others could need or enjoy. Off course there’s limitations, mostly it will be financial. If the product is too expensive, nobody would buy it.
But it seems most of these company’s are running a scam. Taking a perfectly working machine and then trying to copy its mechanics without understanding why the original engineers made certain decisions. They don’t understand because like in this case they never had the need of using a lasercutter, so they don’t have any experience in how it should work. Their only focus was to make a copy of working unit and make it cheaper.